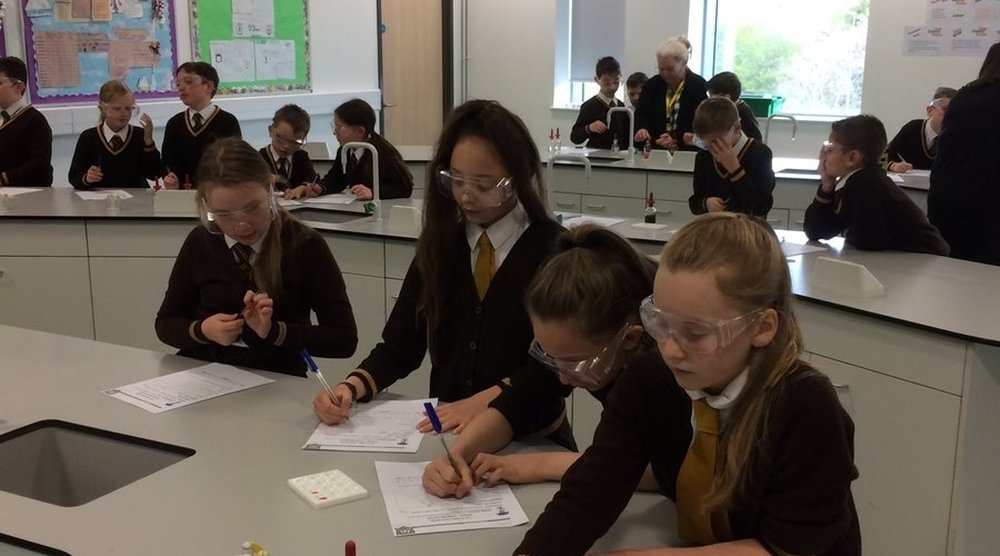 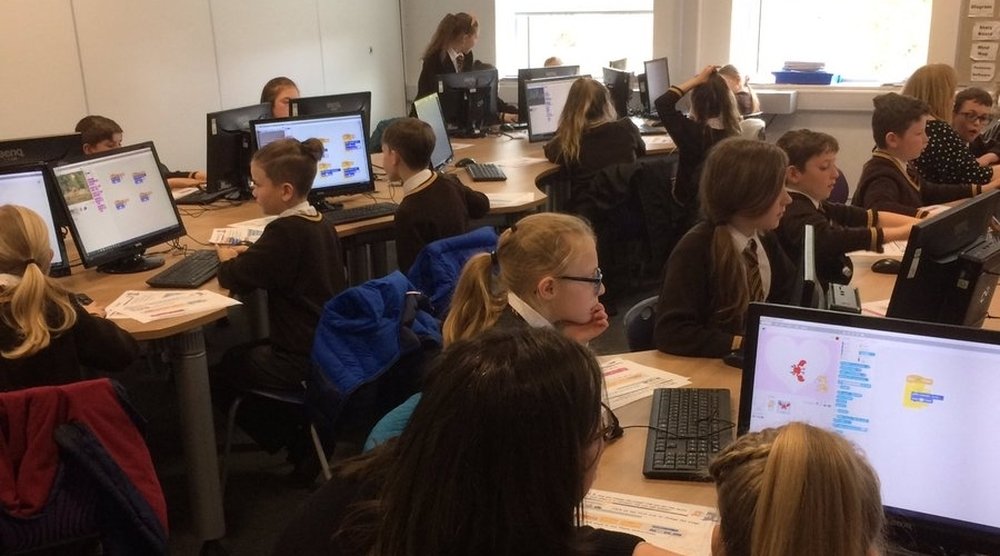 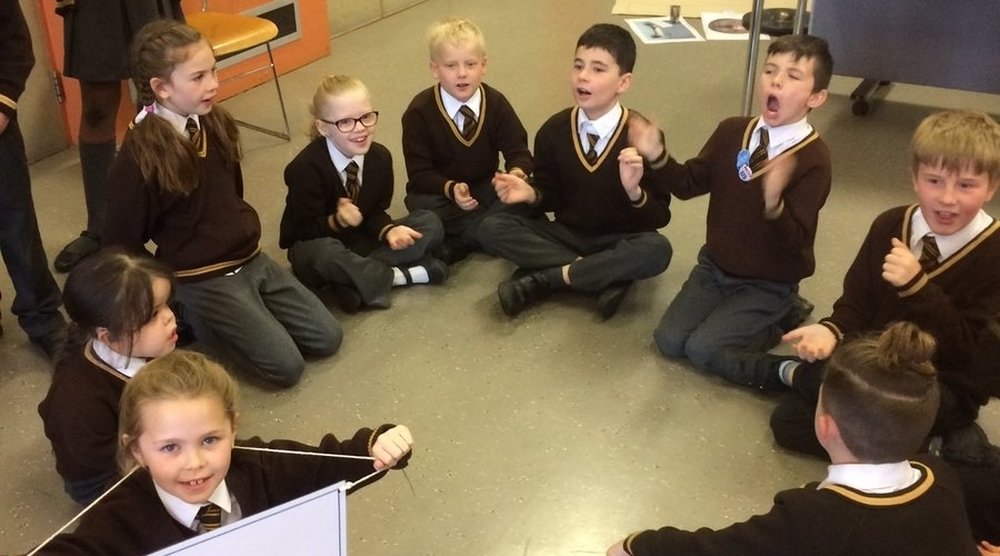 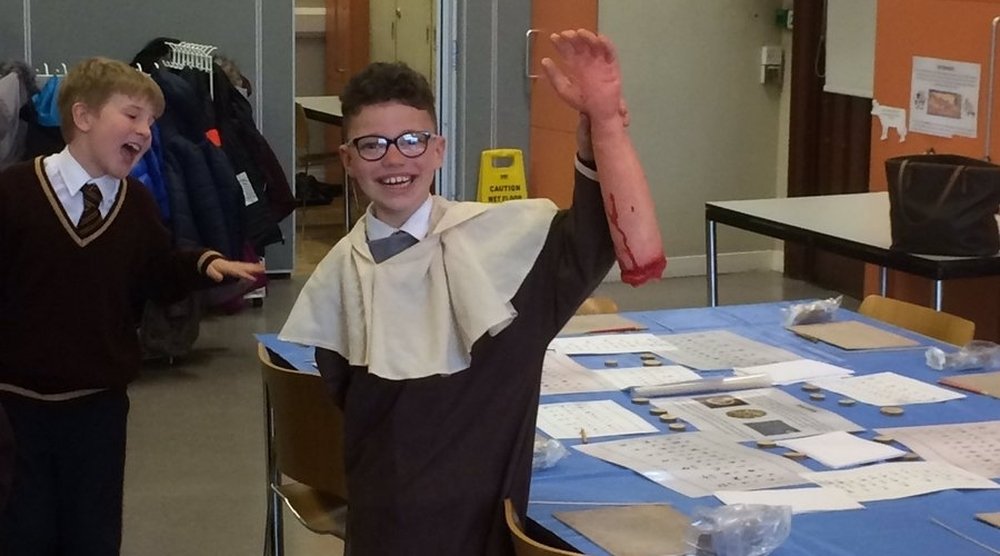 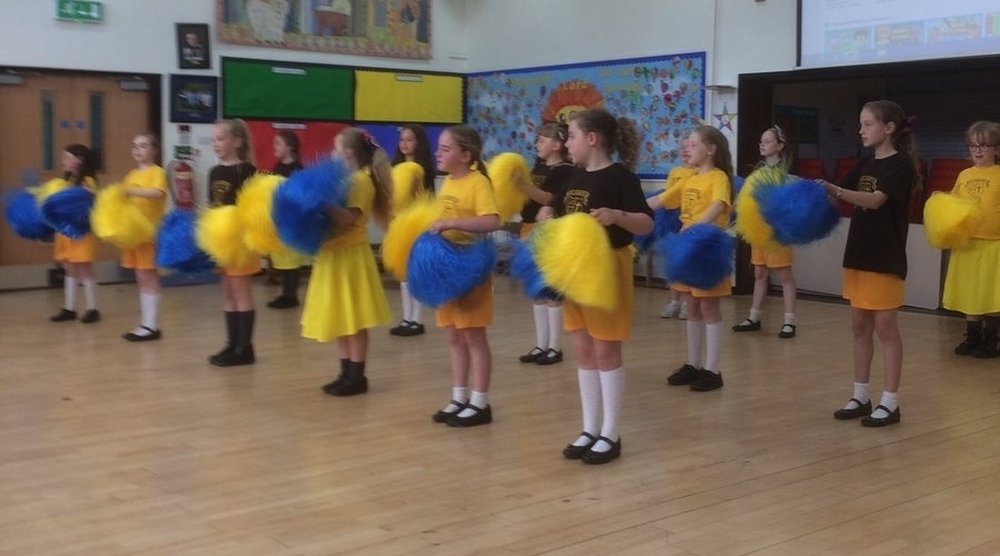 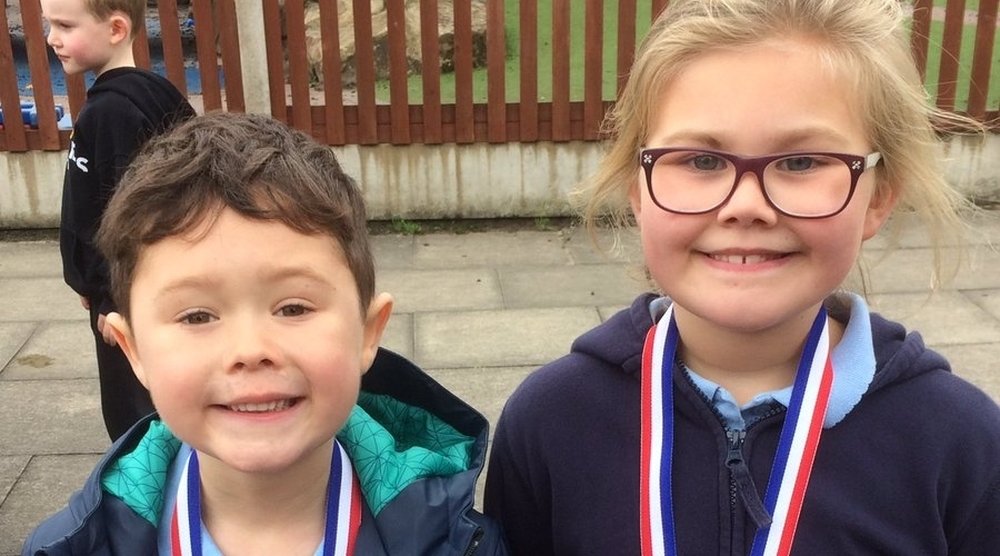 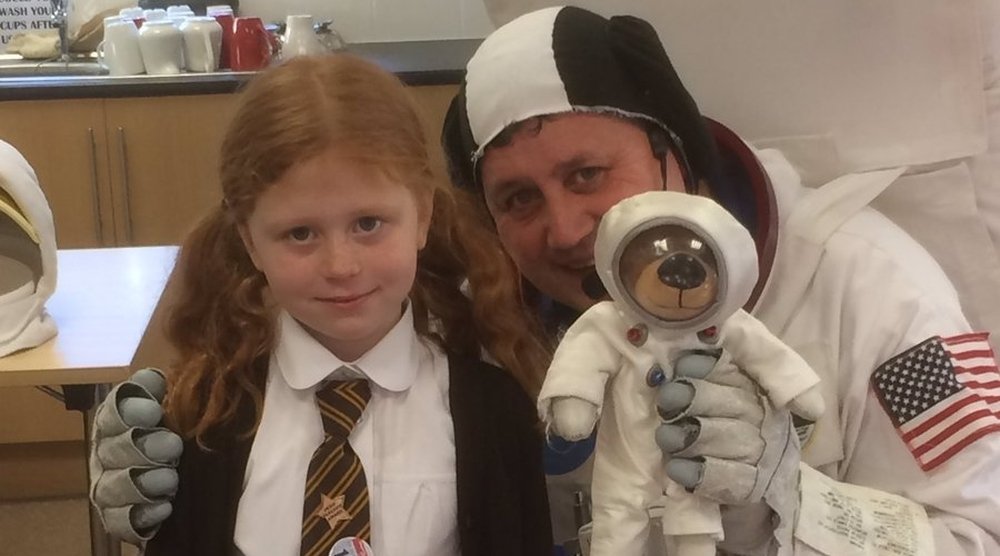 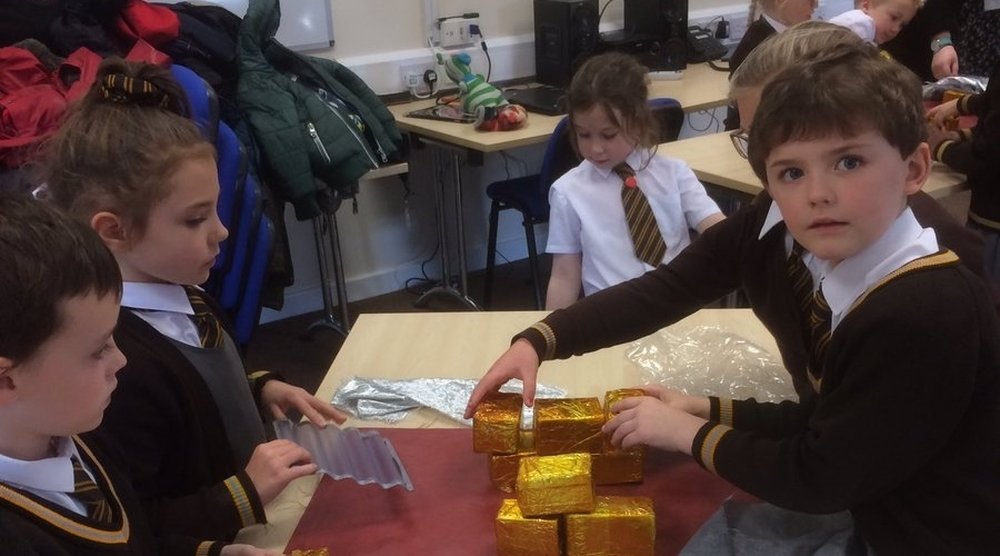 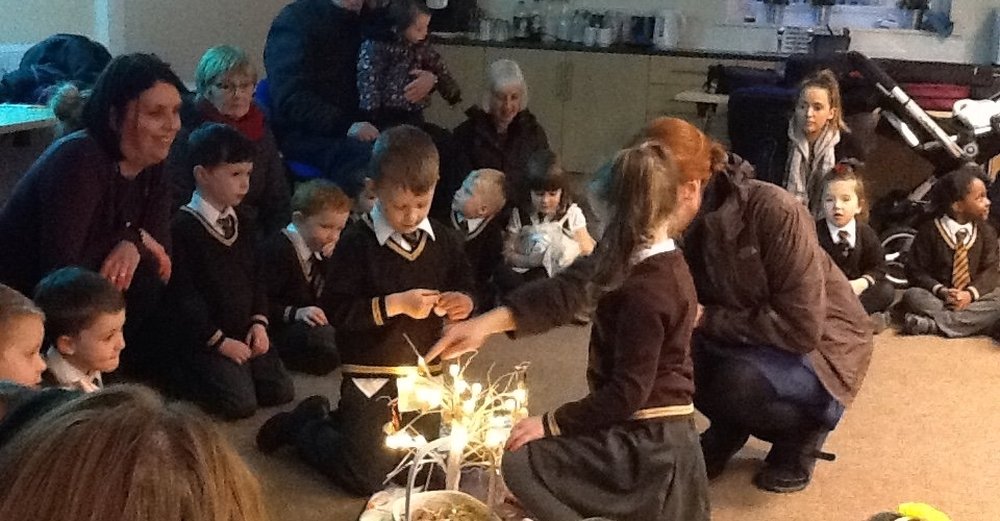 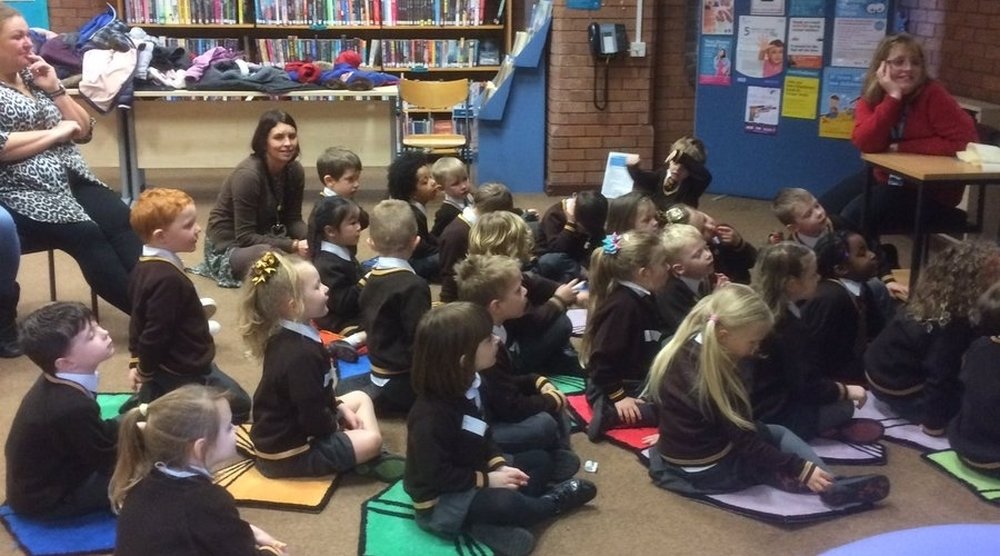 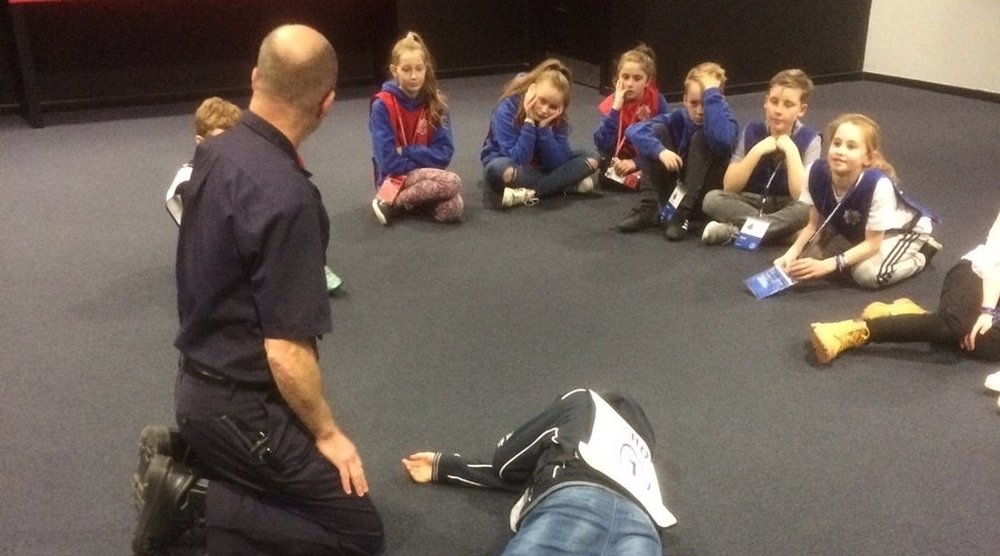 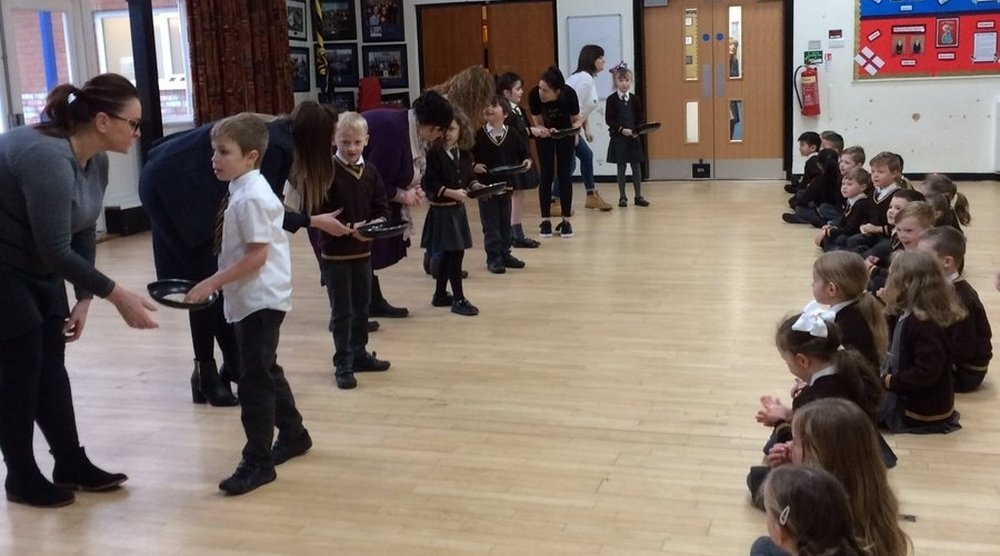 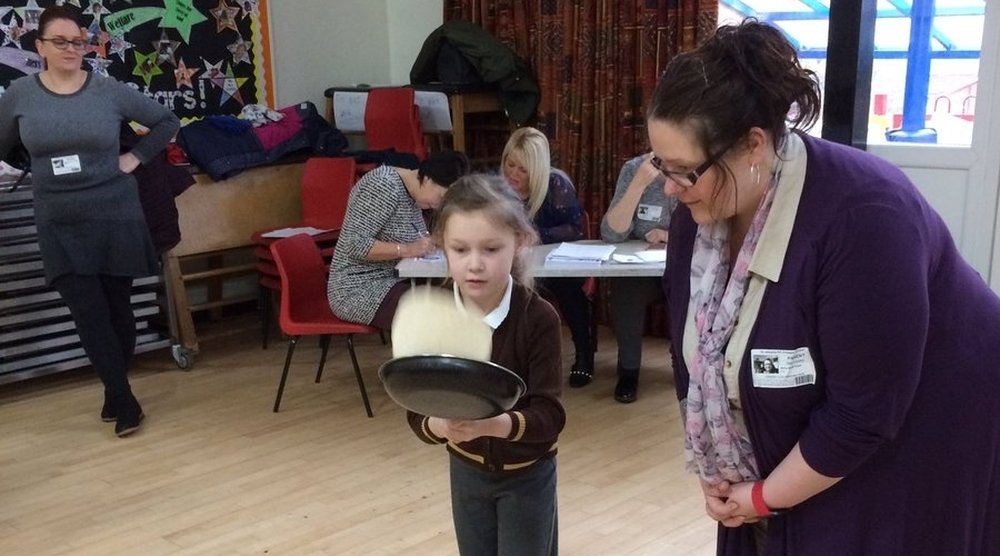 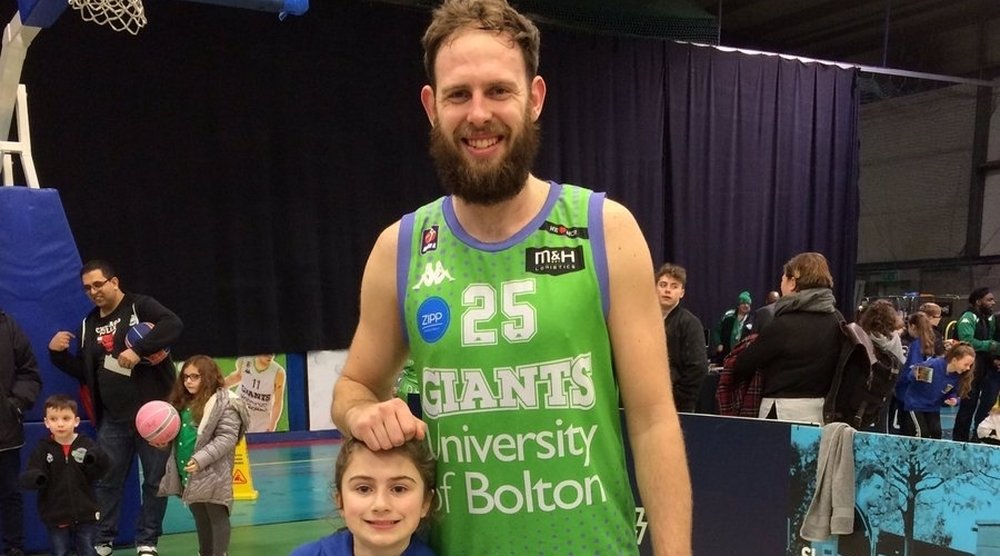 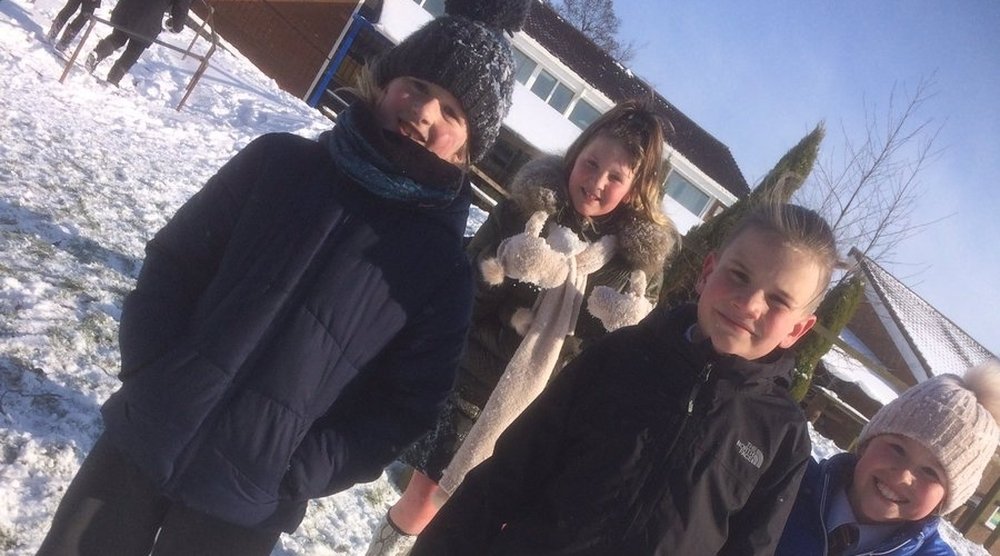 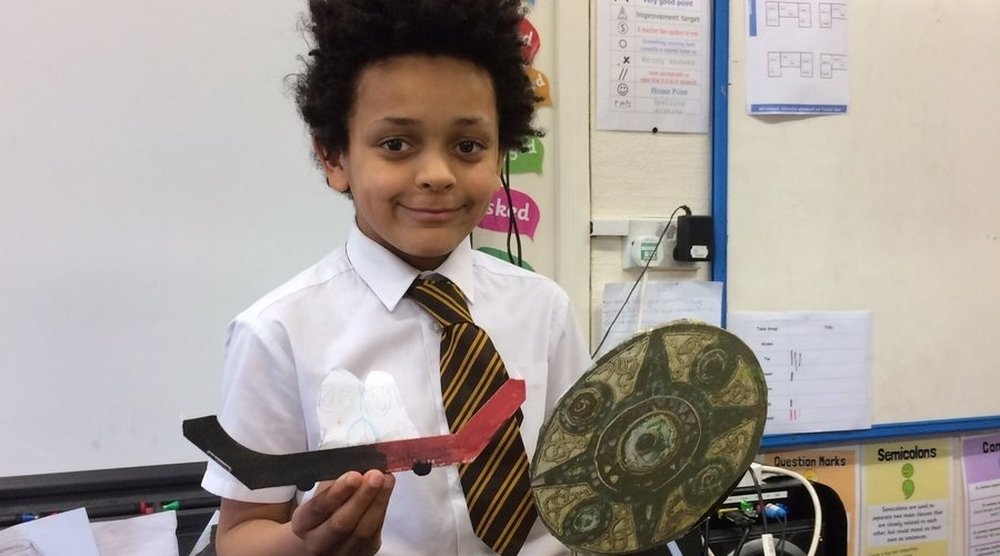 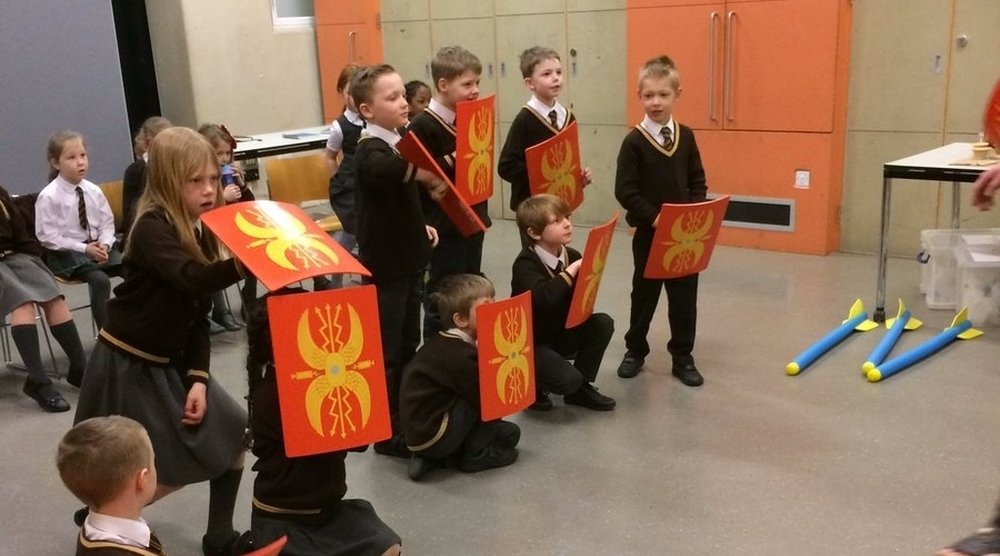 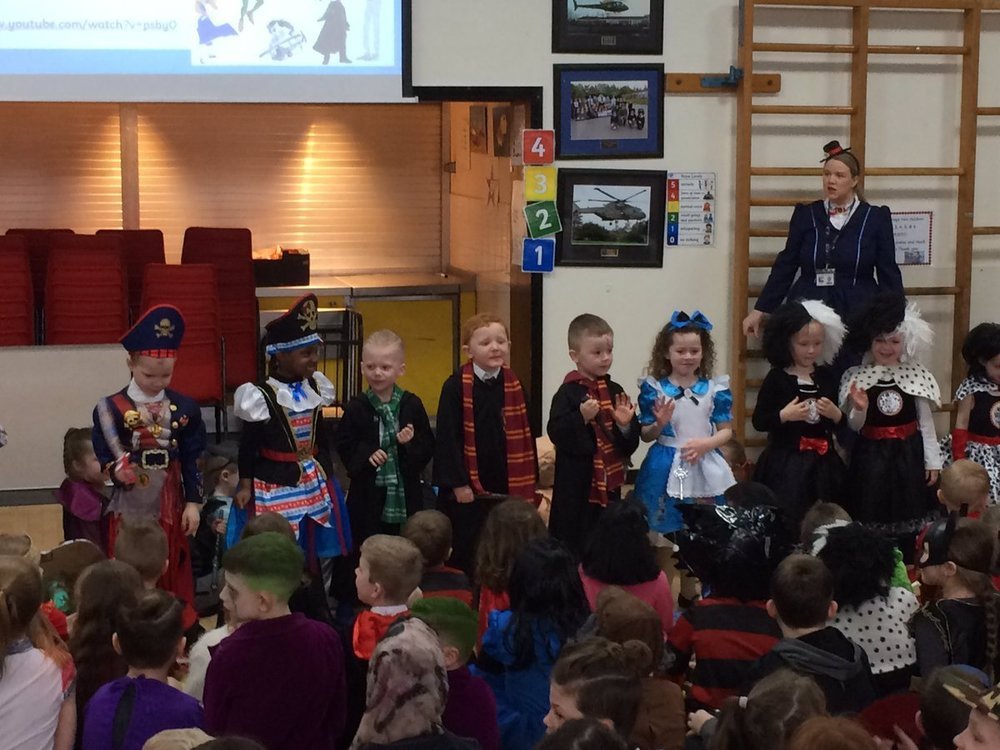 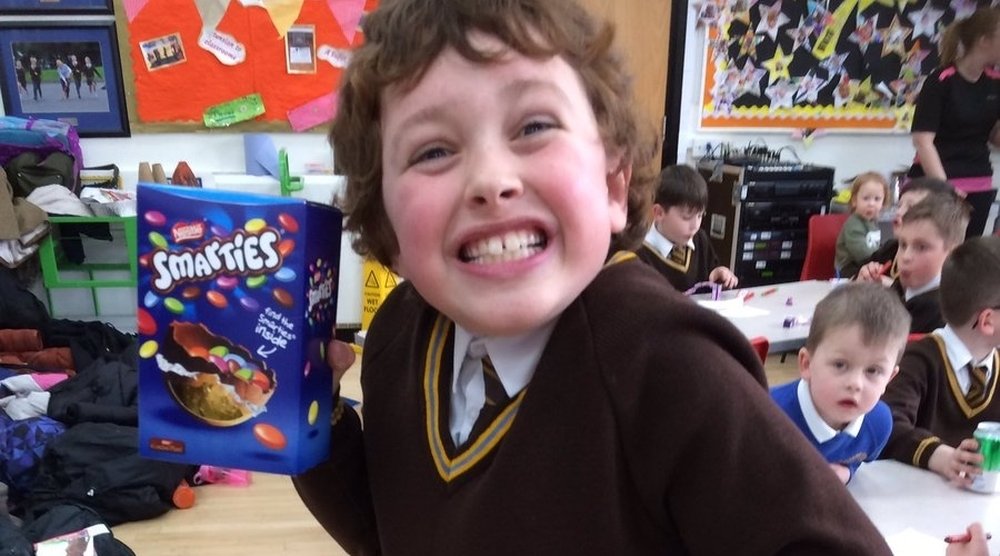 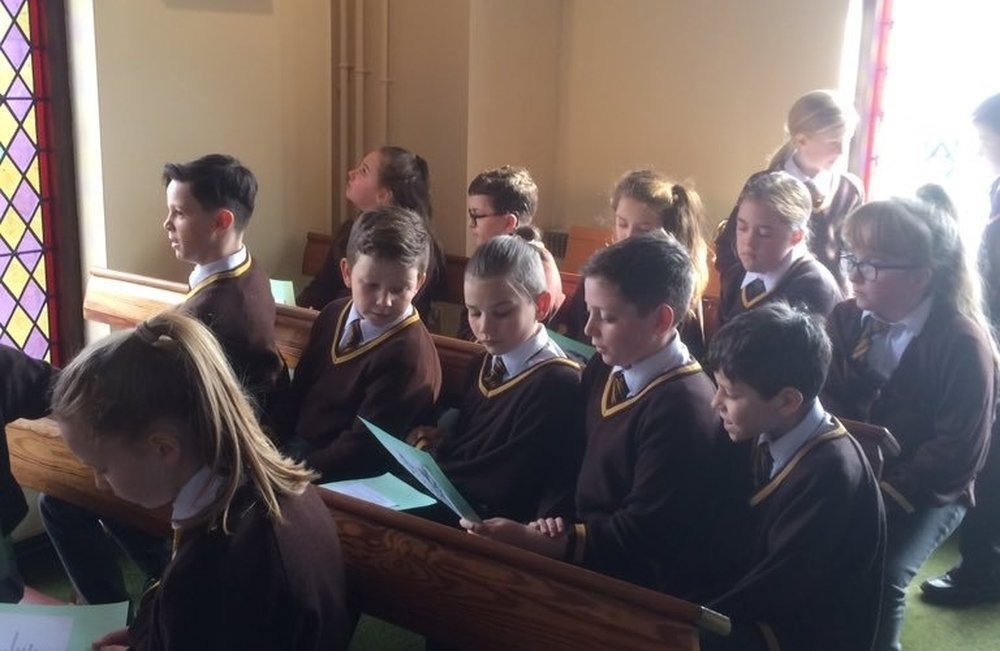 Click here to compare Saint Joseph's to other schools

Click here to view our latest Section 48 RE inspection report from the Diocese of Salford.

8:50am: Class doors open and members of staff are in classes to welcome the children.

On Tuesday and Friday, FS/KS1 assembly takes place between 1:00pm-1:30pm

A History Of St Joseph's

Our history is closely tied into the removal of repressive laws concerning the practice of our faith – both here and in Ireland. In 1829 the Catholic Emancipation Act was passed and by 1871 the removal of the “Catholic Oath” brought true freedom for Catholics to practice their faith and to hold public office without discrimination.

Here in Shaw and Crompton, a large number of Catholics took advantage of this. Their numbers were swelled by those who had migrated here to work in the cotton mills, that once made Shaw literally the richest place on earth at this time. The desire to have their own Catholic place of worship and Catholic place of education led to the founding vision which led to a group of Catholics buying an old mill in 1874. This was renovated to fulfil the dual role of both church and school. The first priest here was Fr. F. Bollings and the parish covered the boundaries from the railway bridges at Higginshaw, Royton, Garfield Bridge in Newhey and Grains Bar. The exact location of this original building was sited where Fr. John’s garage is now.

In 1883, Fr. T. Burke became Parish Priest, followed by Fr. P. Schuster and Fr. T. Cusack. It was Fr. Cussack who served until 1890 and was responsible for the building of the Presbytery. Our next Priest was Fr. John Burke and it was during his appointment to our parish that the grand old church of St. Joseph’s was built. A drawing of this can be seen in the entrance porch and this was to be our parish church here for over a hundred years. This church was erected on the foundations of the old site and was opened on the 10th May 1896 costing the princely sum of £2919, 7 shillings and 3 pence! Two years later, a parish club or centre, as we would know it now, was built on the site costing £200, along with a Sacristy.

In 1907, Fr. Francis Clarke became the rector and in the following year purchased the land in front of the house which now serves as the parish car park, but which once served as the school playground as the old school was built beneath the old church. This was typical of many churches built at this time with the church being built above the school.

It was in 1921, thanks to the generosity of a certain Sir William Hopwood, a local “Cotton Barron”, that a new hall and institute was built on the site where our new church building now stands. Sir William laid that first Foundation stone himself

In 1927, Fr. J. Cronin was appointed rector and it was during his stay that many improvements were made to the school and to the church. Fr. F. Diamond came to the parish in 1938 and was the father of our parish during those war years. He suffered from poor health and consequently died in July 1944. Fr. Dennis Brennan took over in January 1945 and served until 1950. He was succeeded by Fr. William Dempsey who served until 1968 when Fr. M. J. Fitzpatrick was appointed as Parish Priest. It was during the time of Fr. Fitzpatrick that the parish centre and church of St. Edmond's was built. This building was affectionately known as “The Wigwam” to locals and was sited at Wren’s Nest at the other end of Shaw. In its hey day, this not only served as an outreach place or worship, but also served as a thriving and lively social centre complete with licensed bar and manager. This building survived until gradual disrepair and changing needs led to the selling of the building and the land for housing and the generation of the funds needed to build our new parish centre.

It was in 1981, on the last Saturday in May, that our present Parish Priest, Rev. Fr. John Scanlan came to our parish to serve as Parish Priest. Finances in the parish at that time were not strong, with just £10,000 invested with the Diocese.  Yet priest and parishioners had the courage and guided by the Holy Spirit were moved to start work building a new church. On the feast of St. Joseph. 19th March, 1984 the new church which we now use was officially opened by Bishop Holland. The total cost to build this church then was £165,000. However, it was the sheer work and effort of many parishioners, and Fr. John himself, which is still well remembered by many parishioners today.  This was necessary, since whilst the Diocese gave the go ahead to build a new church, strict rules were applied as to the size and cost and all furnishings would have to be either from the old church or paid for by parishioners. Thus a period of fund raising including “bonanza draws”, “buy-a-brick”, and other fund raising activity ensued. Many parish groups rose up to the task with genuine commitment and enthusiasm and the golden book at the back of church records many generous donations made by parishioners and friends of St. Joseph’s. Money was also donated from many far away countries including Canada, the Bahamas, Italy, Australia to name but some, as well as the counties of the United Kingdom and Ireland. The old “hall" also had to be demolished a task that was remarkably undertaken by Fr. John himself (literally) with the help of some parishioners. The sight of our priest in overalls on the roof, or sanding down every one of the benches we now sit on, to name but two examples, became a common site and the stuff of legends here in Shaw. Many priests have done building work over the years, but there are few anywhere who actually did a lot of the physical work itself!

The altar is a primary focus in every church and a new church building required a new altar. Fr. John had already travelled far and wide looking at church buildings for design and other ideas. The altar design was proving elusive until on parish pilgrimage to Lourdes he visited the Chapel of the Seven Dolours to offer mass with them. There was an altar which closely matched the vision he had for the new church. Thus, from this idea we now have our altar – shaped like an inverted chalice, with an inlay of the fractioned host and the logo “PX” on the front.

The statue at the front of the church is a remarkable story in its own right. Found by Fr. John in an old storage shed in a New Moston cemetery and in very poor condition, Fr. John saw beyond what others would have discarded. Scrubbing and paint remover failed to bring it back to life so Fr. John had it sand blasted, before contacting an old Friend – Con McGuiness – who owns the McGuiness Demolition company. By chance – his hobby was restoration of old objects and he replaced the missing infants hand, repaired the sword and a crack on the head of St. Joseph. It was then painted before its erection on the feast of St. Joseph the Worker.

And so we come up to date here at St. Joseph’s, a parish built by parishioners and a parish to be proud of. The work undertaken to build our community has gone on since 1874 and it is right we should remember the work of those who passed the faith onto us, as well as those who do it today. As we reveal our memorial to all of these people, let us pray that the foundation laid down yesterday, for all of us today, will through our own efforts and contributions, provide for parishioners for generations to come here at St. Joseph’s.

© 2020 St Joseph's RC Junior Infant and Nursery School.
school website, mobile app and podcasts are created using School Jotter, a Webanywhere product. [Administer Site]
We use cookies to provide you with the best experience on our website. Read our Privacy Policy to find out more.